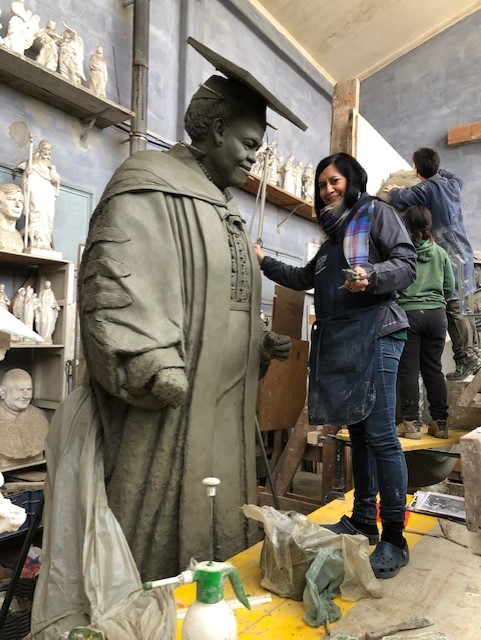 “The American Spirit” is the theme of Venetian Arts Society’s 10th Season and we cannot possibly think of a more appropriate and all-encompassing way to open this special season than with our own Nilda Comas and her historic commission of a marble sculpture of Mary McLeod Bethune for Statuary Hall at the U.S. Capitol. Venetian Arts Society, The City of Fort Lauderdale, and The State of Florida are proud and honored to have one of the world’s greatest living master artists, Nilda Comas. Personally, I am especially proud and honored to call Nilda a TRUE friend.

Art is a reflection of the society of its time…and this reflection has a significant impact on our lives today as well as the understanding, insight, and wisdom of societies to come. It deserves our most sincere reverence. Tonight, we will all more clearly see how art reflects past, future and documents the crucial component of our lives today! -Willie

The VAS Connoisseur Salon begins with wine and hors d’oeuvres at 6:00 pm in the main lobby of NSU Art Museum Fort Lauderdale. VAS is honored to have as our special guests Dr. E. LaBrent Chrite, President of Bethune-Cookman University (BCU) in Daytona Beach, Florida, as well as other distinguished BCU representatives and dignitaries from throughout the State of Florida. We invite everyone to join us across the breezeway in the museum’s Horvitz Auditorium at 7:00 pm for a multi-faceted presentation about the extraordinary life and contributions of Mary McLeod Bethune that will include rare video clips, photos, and personal “insights” by President Chrite and Dr. Jacqueline Hayward.

This unique VAS Connoisseur Salon with Nilda Comas, master sculptor, gives an extremely rare opportunity with the artist to learn about this historic commission as well as the research, inspiration, technique, and experience necessary for undertaking such a daunting project. Nilda will lead us through the step by step process of first winning the commission…then the concept, development, and execution of a master sculptor. Mary McLeod Bethune will be the first African American to be part of the National Statuary Hall’s Collection. Nilda travels between her studio in Fort Lauderdale and her studio in Pietrasanta, Italy where she is currently working on the eight-foot clay model for the marble sculpture.

VAS is thrilled to also present a “cameo” musical performance by the Bethune-Cookman Chamber Ensemble. Following the Art Salon please join us in the main lobby of the museum for champagne and dessert with Nilda and all our special guests of honor!

Following the Art Salon please join us in the main lobby of the museum for champagne and dessert with Nilda and all our special guests of honor! 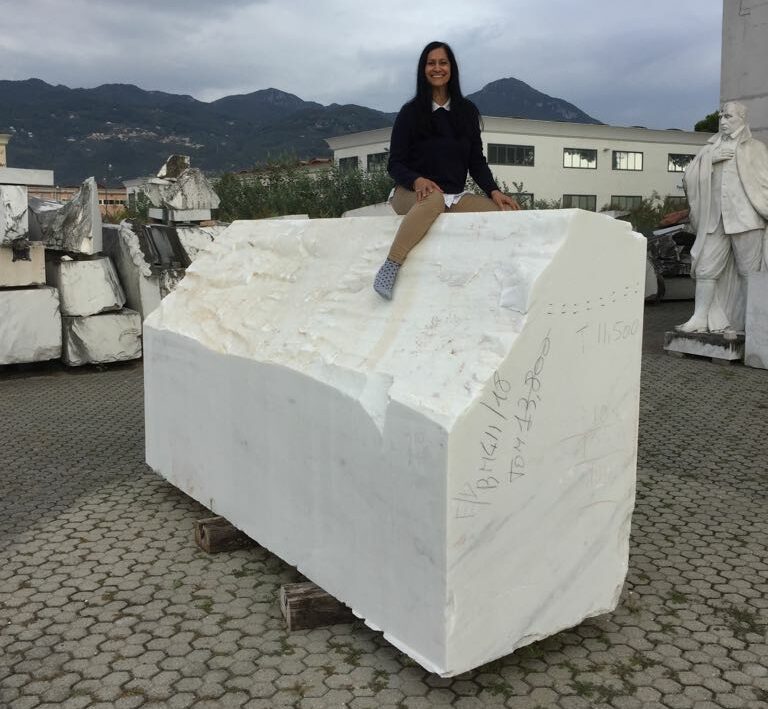 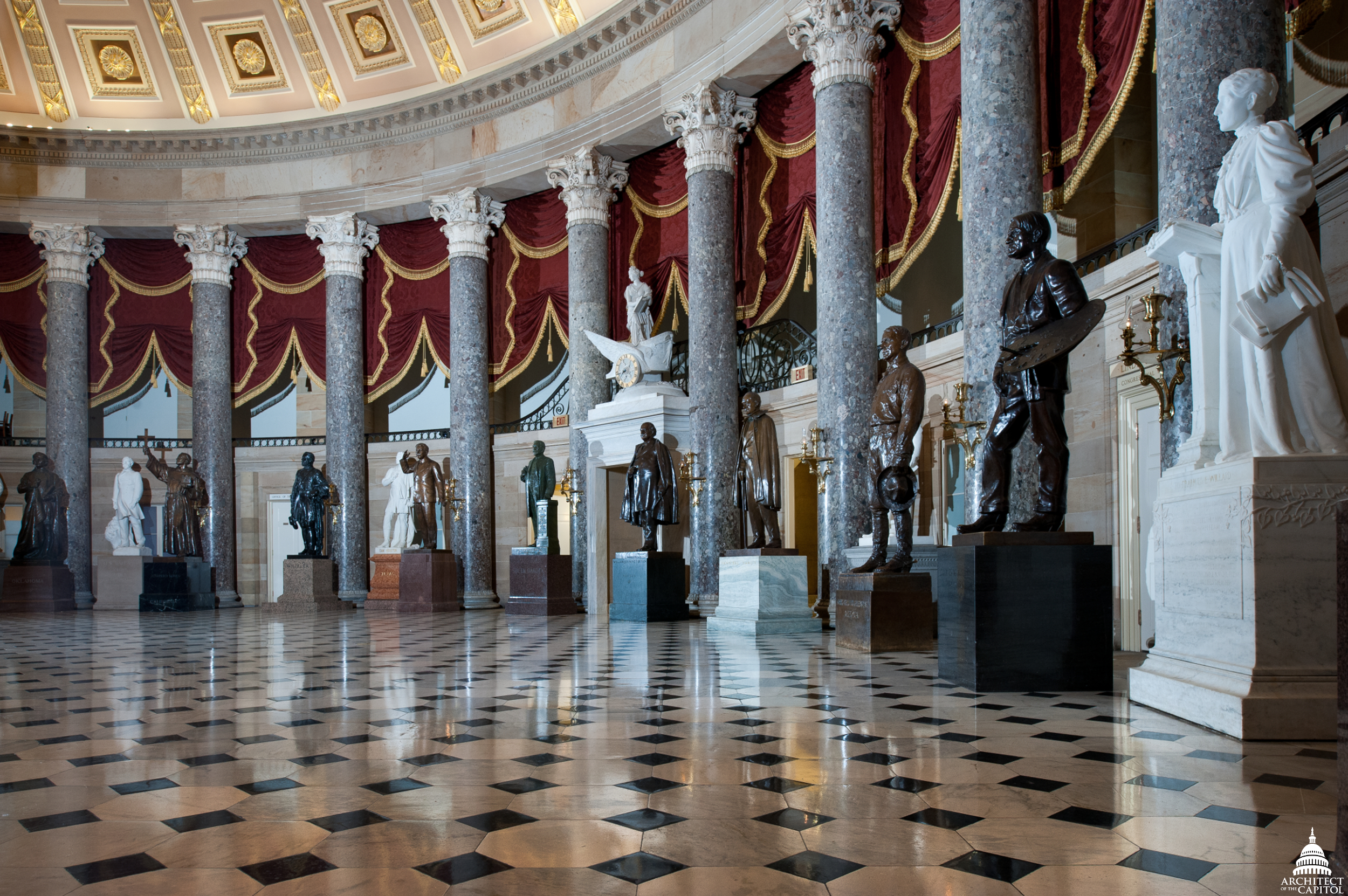 Nilda was born and raised in San Juan Puerto Rico and will be the first Hispanic woman to sculpt a portrait for the National Statuary Hall in the United States Capitol in Washington, D.C. The monument will be a total of 11 feet, including the base, and will be sculpted in Statuario marble extracted from the same cave in Carrara, Italy that has been used for centuries by histories greatest artists such as Michelangelo cave in Carrara, Italy. Since last January this cave of Michelangelo was closed by the Italian Government after over 500 years. This block was the largest perfect block excavated from this cave in many years. Nilda’s works are part of public and private collections in the U.S., Europe and South America. Comas divides her time between Fort Lauderdale and Pietrasanta, Italy, where she At the Studio Franco Cervietti in Pietrasanta, Italy, Nilda learned the techniques of marble carving while attending the Accademia de Bella Arti di Carrara. She also studied under master carver Enzo Pasquini.

Since learning that Mary McLeod Bethune — founder of Bethune Cookman University, the National Council of Negro Women and co-founder of the United Negro College Fund — would be Florida’s representative in the place she describes as “the most important place in the world where the most important decisions in the world are made,” Comas has immersed herself in the life of the influential educator and stateswoman to prepare herself for what may become the most important work of her career.

Comas is working from nearly 300 photographs of Bethune provided by the Library of Congress and consulting with Bethune-Cookman University librarians, archivists and the University’s Office of Legacy and Women’s Initiatives to arrive at the image of Bethune.

“I listened to speeches so I could hear her voice,” said Comas. “She had a way of speaking that was so educated, so direct and yet so gentle. That takes a lot of confidence. I think she had so much confidence and that is one of the things that impressed me about her. I can see that someone who could be like that could accomplish so much.”

“I want to know as much as I can about Mary McLeod Bethune to see what was inside this body, what moved her to care about so many causes, what was right – the ideals. I want to know everything about her and how she came to be,” she said. “She was an excellent communicator and I am impressed by the manners and respect that she had for everyone.”

To date, more than $300K has been contributed to the ongoing National Statuary Hall Campaign. The statue is expected to be unveiled in the nation’s capitol in 2020.

Nilda Maria Comas’ work has been featured in solo and group exhibitions, museums and galleries in the U.S. and abroad. She has received numerous grants and awards: a bronze medal and two Agopoff Memorial Prizes from the National Sculpture Society in New York, of which she recently became an “elected” member; first prize from the Hambro Bank, London; and The Award for Excellence from the Society of Women Artists in London. Her works have been exhibited at the the Ann Norton Sculpture Gardens, Palm Beach; the National Sculpture Society, New York; Accademia di Belli Arte Carrara, Italy; Chiostro di Sant’Agostino, Italy; and Westminister Gallery, London.

Nilda earned a B.FA from the University of Houston. By receiving the Andy Warhol Scholarship, she was able to earn an M.FA from The New York Academy, graduating Cum Laude. She attended the Accademia di Belli Arte in Carrara, Italy to perfect her techniques for sculpting marble.  She has assisted on many projects at the Cervietti Studio in Pietrasanta, Italy, including the largest stone Bas Relief in the U.S., which was commissioned for the Basilica in Washington, D.C. and at Fonderia del Chiaro in Pietrasanta, Italy, she worked on a 65ft monument to wine for the city of Bordeaux, France, assisting the sculptor Ivan Theimer.

Venetian Arts Society (VAS), a not-for-profit tax exempt 501©3, is a membership-based organization that highlights the multi-cultural and inter-generational diversity of our community through a celebration of multi-disciplinary arts in intimate and interactive art salon settings. The goal is to synthesize the total artistic, social, and educational experience and to enrich the individual lives of all in our community through meaningful and purposeful artistic presentations…  evoking the vibrancy, energy, and sheer productivity that result when people of all ages come together.

The Venetian Arts Society 21st century version of the “Art Salon” is a performance-educational-social concept with a mission to unify our world by celebrating the multi-cultural and inter-generational diversity of our community through inter-disciplinary arts. Please join us for a complete artistic experience with food, wine, and stimulating conversation…where art compliments art.

Photography from the Nilda Comas Event 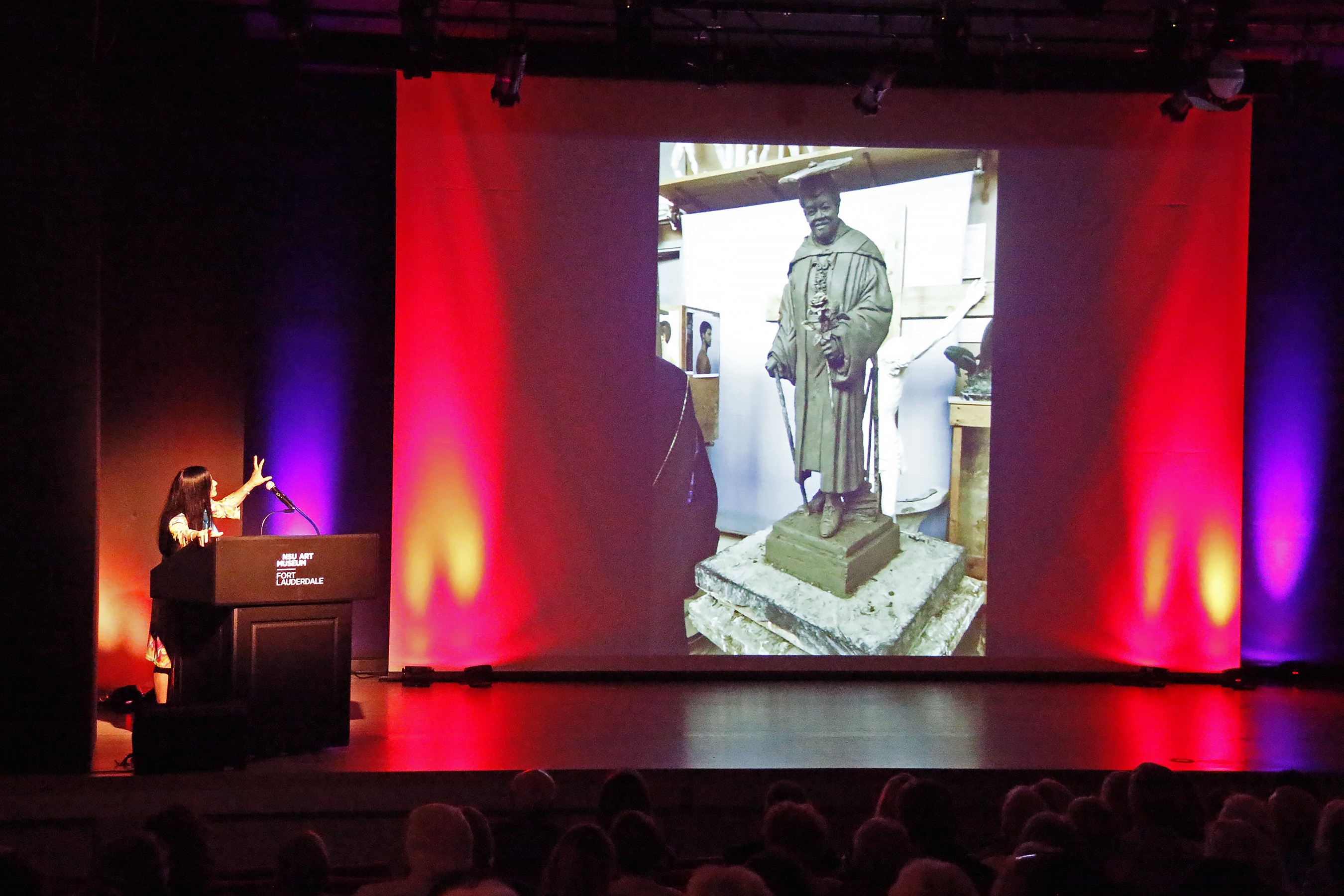 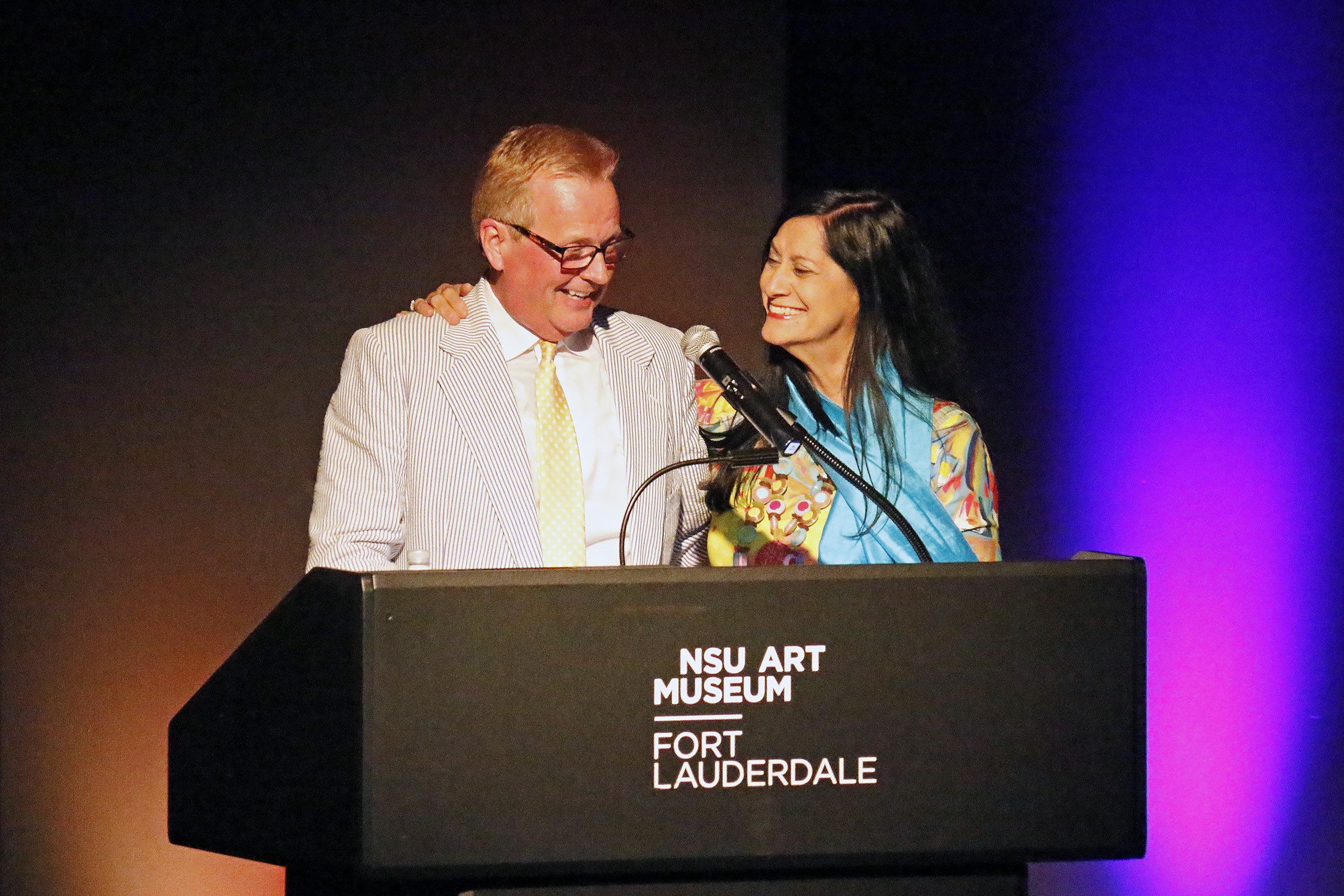 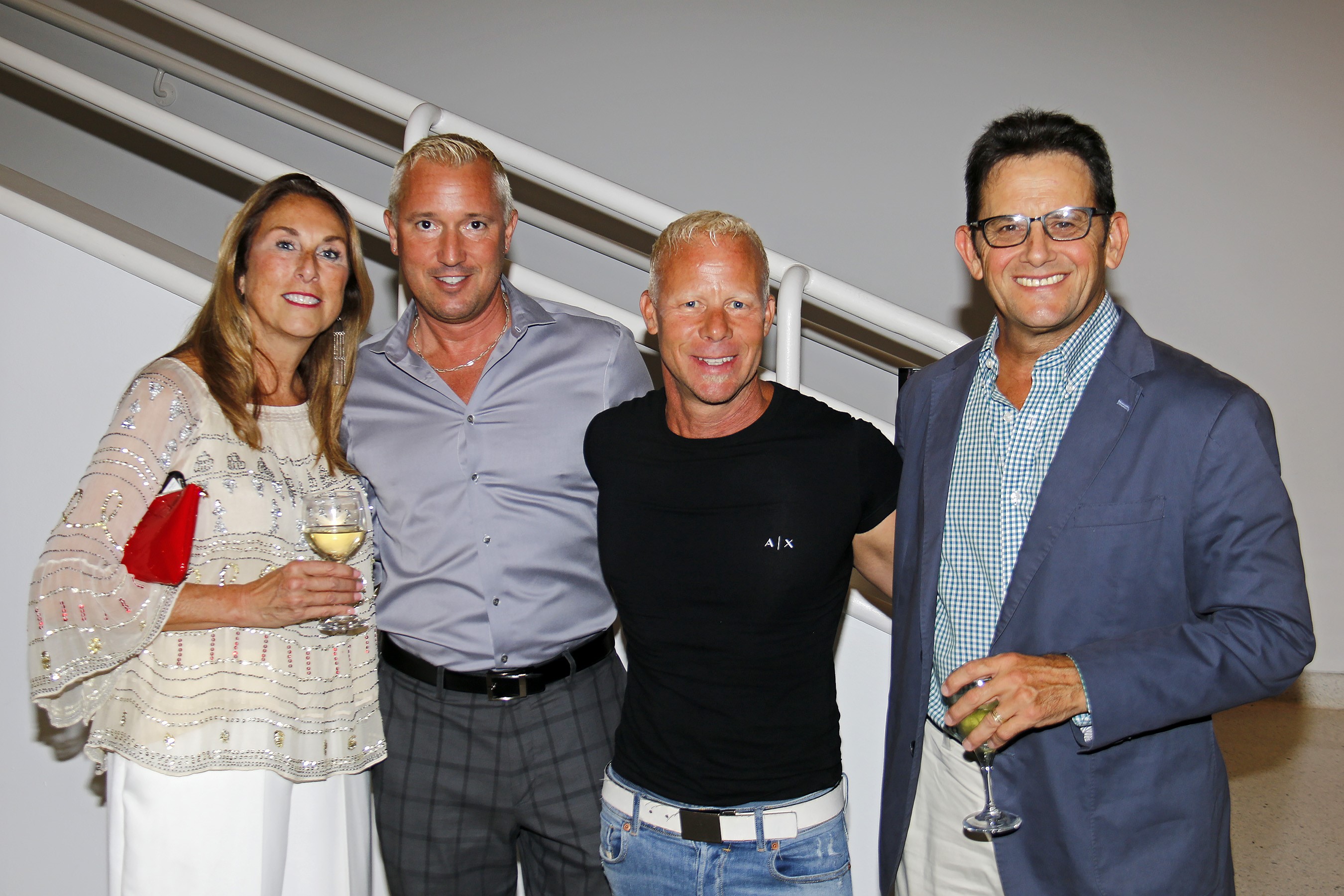 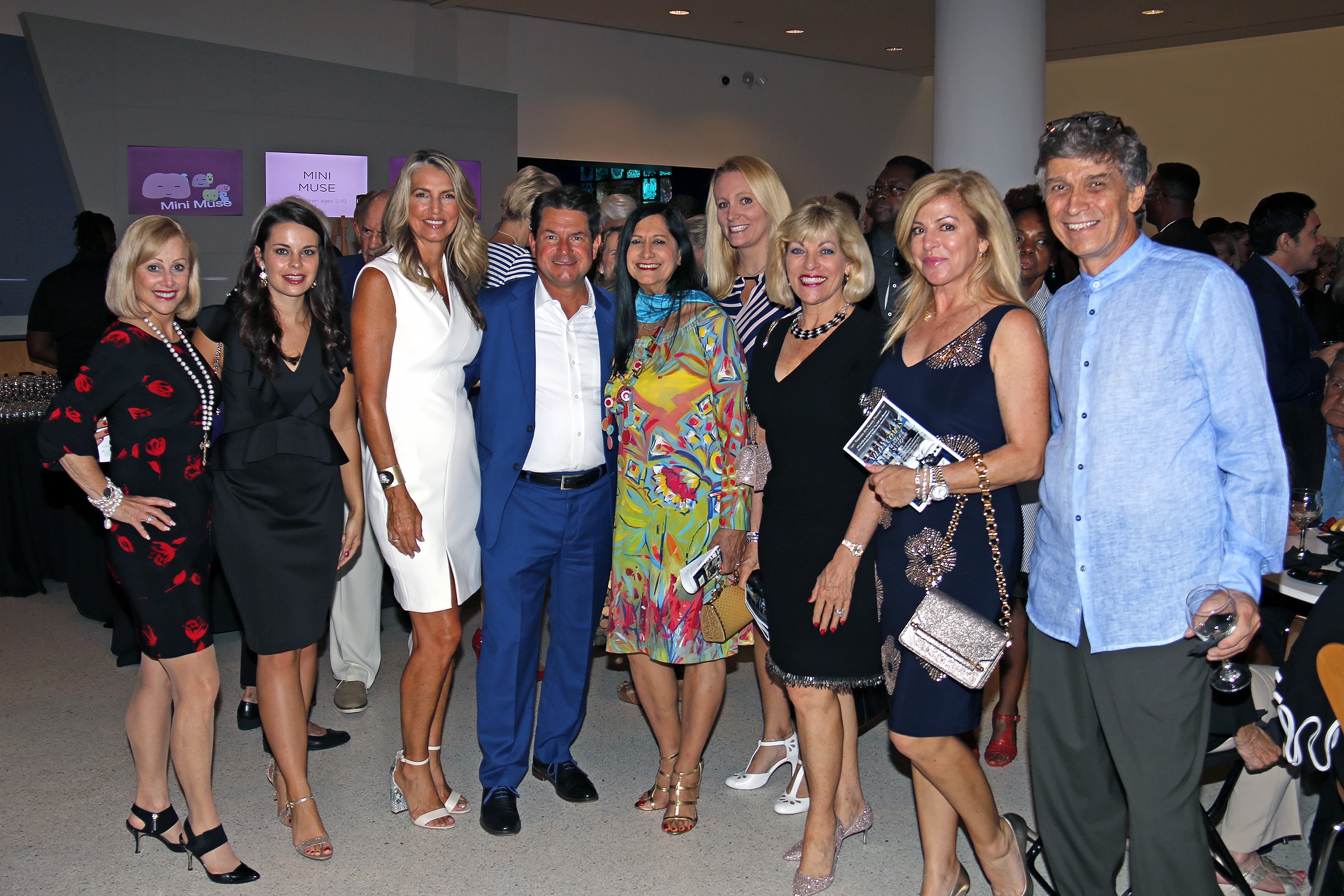 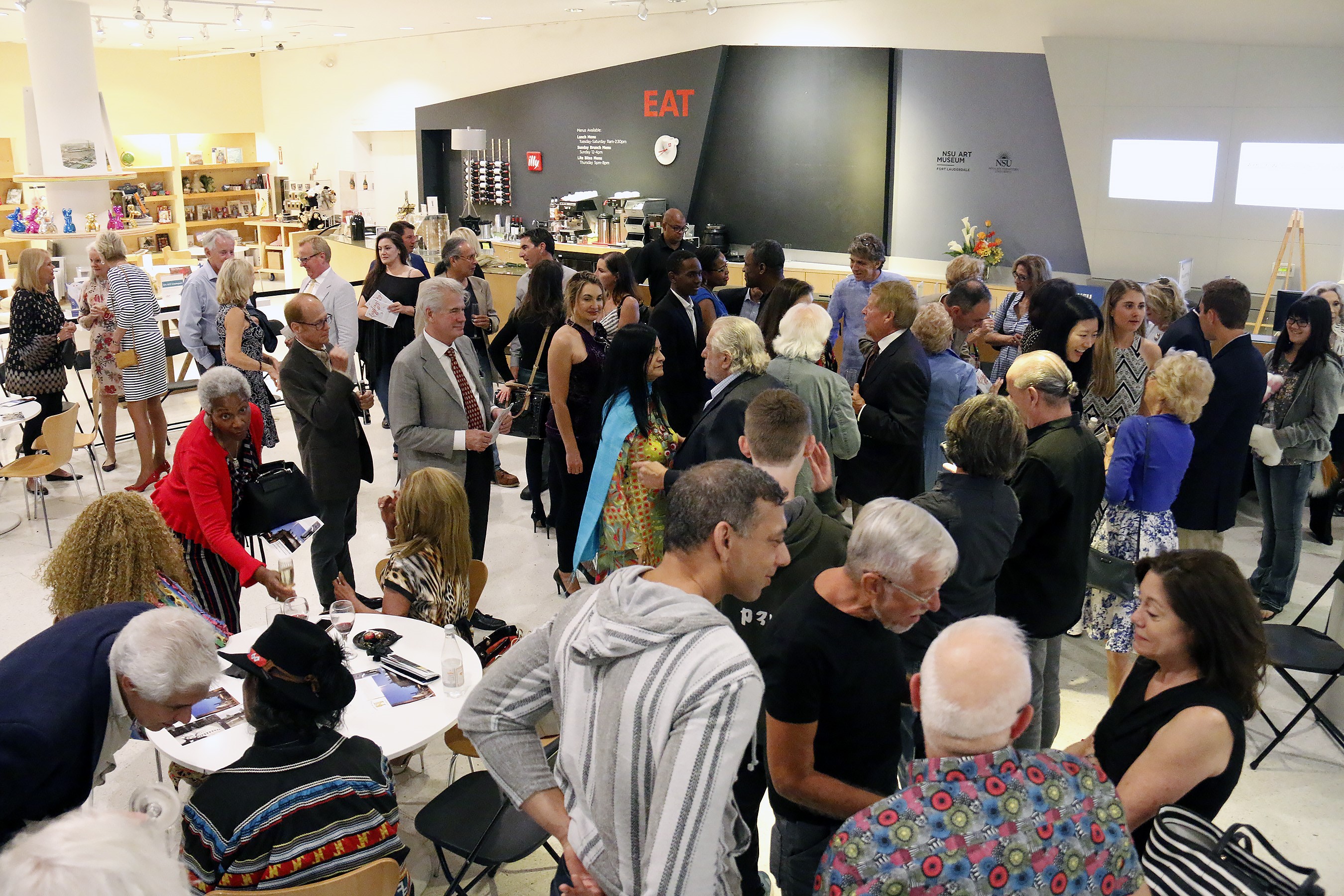 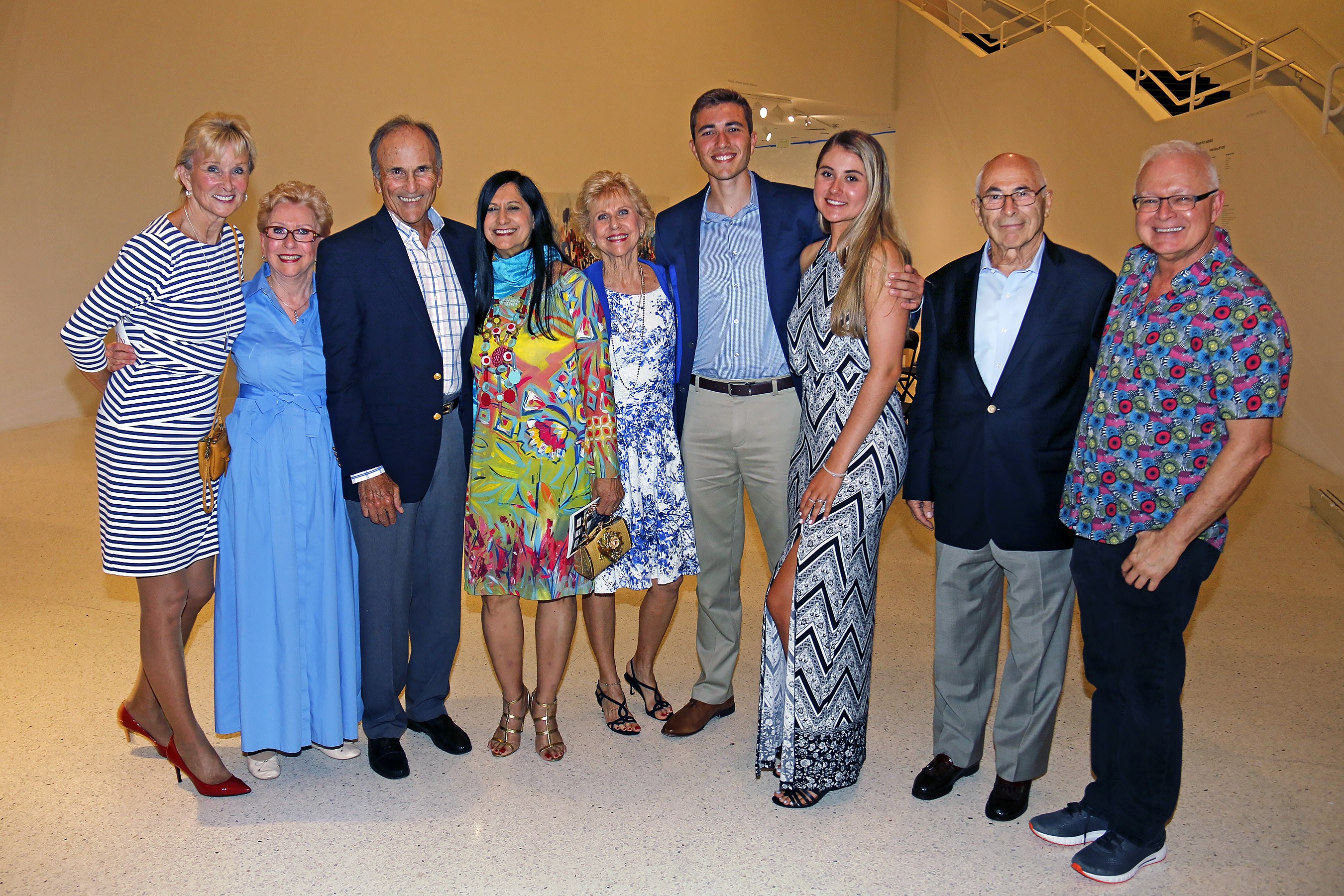 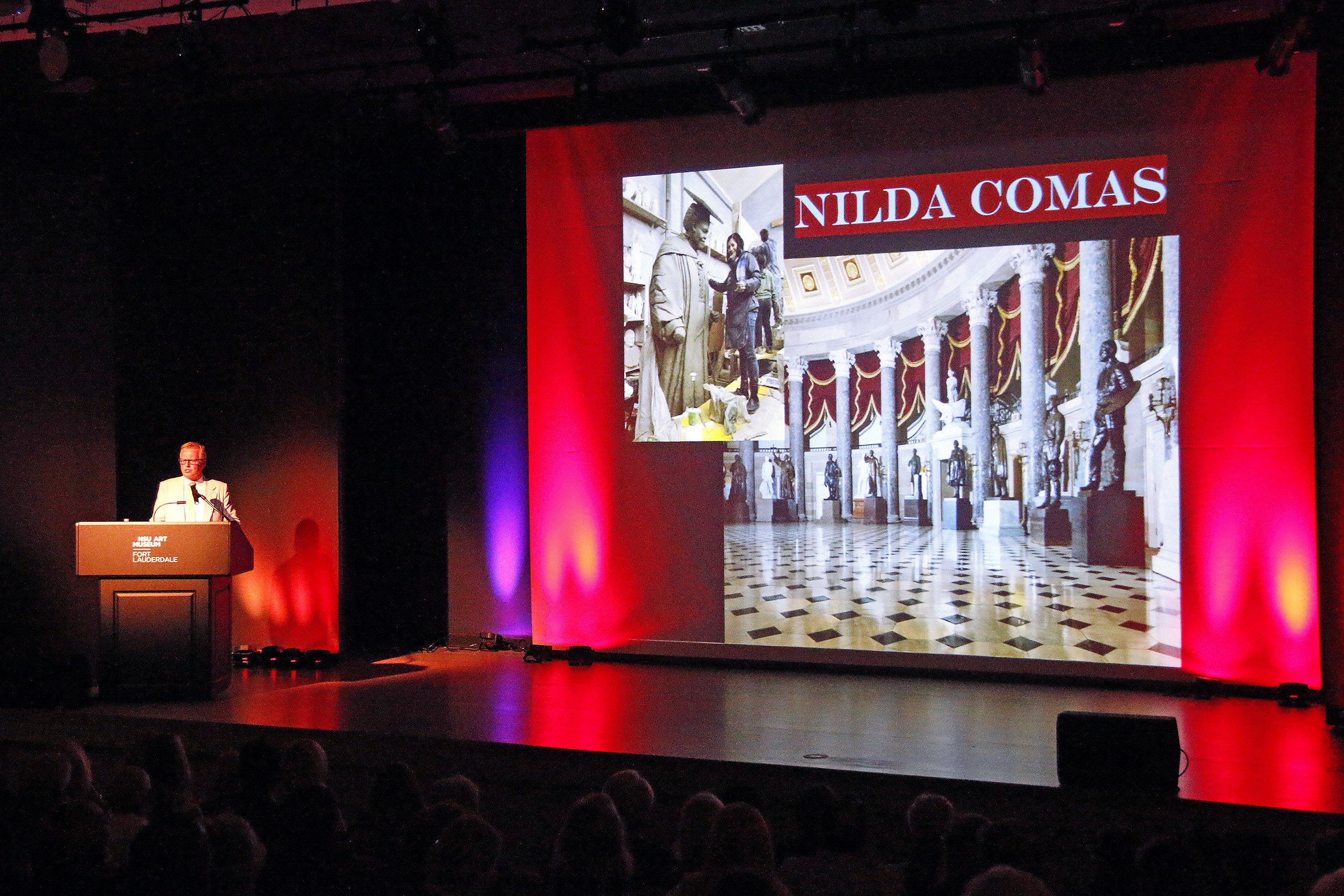 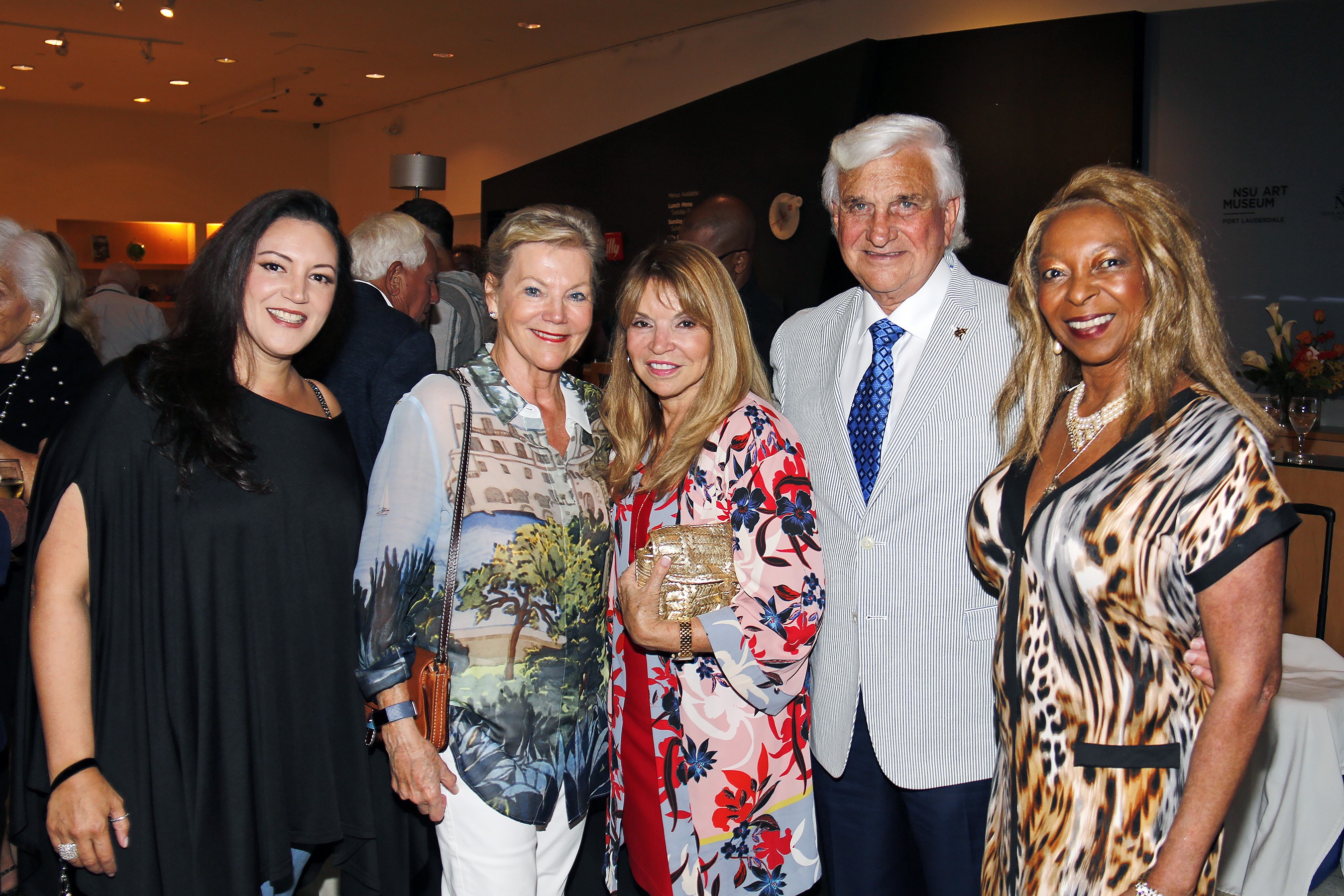